From the ceremonial halwa ceremony to the finance minister presenting the budget, the secret steps behind making the union budget.

Finance Minister Arun Jaitley and the BJP government will face a litmus test of sorts come February 1, when Jaitley presents the annual union budget in the parliament. But what happens in the days running up to the budget?

A sense of mystery and ambiguity prevails around the budget until the all important day. There is so much secrecy around the budget that there are over 100 security officials from the ministry of finance who work day in and day out from a basement in the North Block of the Parliament.

It all starts with the customary ritual of halwa being served to the staff of the the Finance Ministry. Right after the ceremony, the officials who are responsible for the printing of the budget are locked up in the same basement in the parliament. 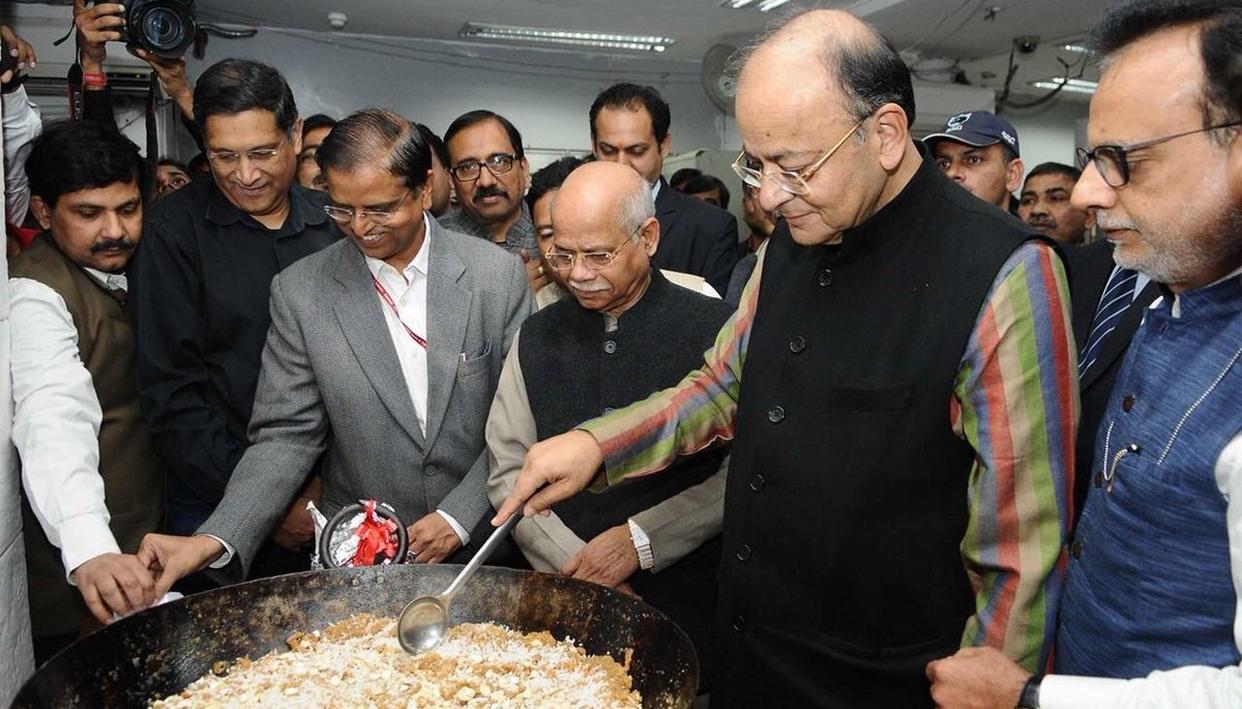 The blue sheet as it is called, is a blue piece of paper which contains all the key numbers around which are hundreds of pages of the budget document prepared. Now this, sheet is guarded with utmost secrecy which even the Finance Minister doesn’t even have access to.

This blue sheet becomes the foundation upon which the union budget is prepared. Only the Joint Secretary (budget) has custody to this blue piece of paper which is first drafted a few weeks before the budget date. Even in the current age of information technology, the Finance Minister is not allowed to take his mobile phone inside the secret basement where the budget is printed.

All the budget papers were printed inside the Rashtrapati Bhavan until 1950, but since the infamous leak of the budget in the year, the press was moved to a government assigned venue in Minto Road. However, it was again changed in 1980 where the basement of the North Block has become the designated dugout for printing the union budget.

WE RECOMMEND
2 years ago
Union Budget India 2018: Why was the 1973 Budget termed the ‘Black Budget’?
LATEST NEWS
View all
1 week ago
jfds fksdjf ds;klf slkdjf l;skdfdsfds f;klsdjfds fksdjf ds;klf slkdjf l;skdfdsfds f;klsdjf
3 weeks ago
3 more test positive for COVID-19 in Mizoram; total count 145
3 weeks ago
Assange and WikiLeaks, which launched in 2006, have been under scrutiny since the highly p
3 weeks ago
And will they look the same? Have the same names? You may recall (at least I do) that when
5 hours ago
first-man-50 img-was-of-dark-skin-humnity-shouldve-zero-qualms-in-being-referred-to-as