Heyyyyyy World Cup Bid Off To A Flying

Serbia’s World Cup bid off to a flying start

As many in Assam await the fate of their citizenship, the National Registry of Citizens (NRC) state coordinator's office on Saturday released the final NRC list. 3,11,21,004 Assam residents have been found eligible, while 19,06,657 Assam residents have been found ineligible. The exclusion includes the number of people who did not submit their papers to the NRC authorities. The 19 lakh exclusion is a major decrease from the over 40 lakh excluded in the second draft published on July 2018.

The NRC office has stated that hard copies of the Supplementary list of inclusions will be at the public view at NRC Seva Kendras (NSK). The same list will also be available at the offices of the Deputy Commissioner and Circle officer during office hours -  10 am to 4 pm. The final list has been published on Saturday- 31 August 2019 at 10 AM. The state coordinator has stated that those not satisfied with the outcome can file an appeal before Foreigners Tribunals.

Here's the link to check the final NRC list: http://nrcassam.nic.in/

What is the NRC?

The NRC was first prepared in 1951 under the purview of the Census Act, 1948.  An updation process was started in 2013 and ended with the receipt of forms by the NRC authorities on 31 August 2015. The process aimed at separating genuine Indian citizens from undocumented immigrants living in Assam. As per NRC terms, a resident has to prove that they or their ancestors entered Assam before midnight on March 24, 1971. Anyone failing to do so will be declared a foreigner. 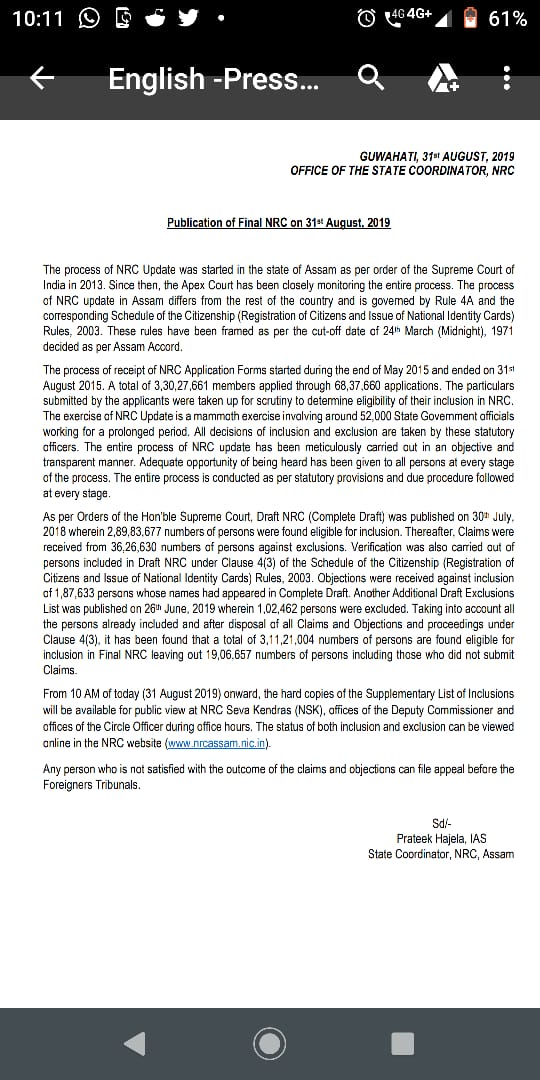 What is the road ahead?

In a bid to stop excluded persons from panicking, the NRC has issued these four instructions regarding the road ahead: 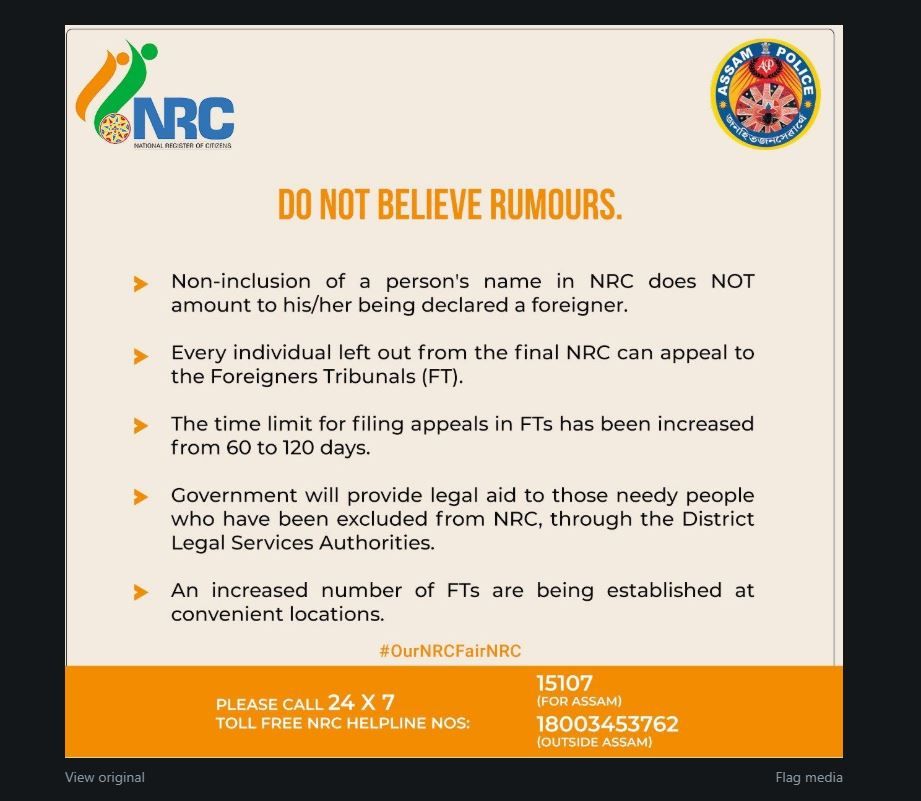 India is not a 'dharamshala' for illegal immigrants: Amit Shah on NRC

Get the latest entertainment news from India & around the world. Now follow your favourite television celebs and telly updates. Republic World is your one-stop destination for trending Bollywood news. Tune in today to stay updated with all the latest news and headlines from the world of entertainment.